Teacher’s day (วันครู Wan Kruu) is celebrated every year on January 16th in Thailand, it is also a school holiday. It is the day that teachers gather together to remember their first teachers.

Thai people believe that any field of work will have a teacher such as actors, dramatist, magician, astrologist and even boxers. Therefore, we need to have a Wai Kru ceremony to worship or respect the teacher.

The highlights of the day include religious activities, a ceremony of paying respect to teachers and activities to strengthen unity among teachers.

There is also วันไหว้ครู /Wan Wai Kru/ or Teachers’ Appreciation Day which is held shortly after the beginning of the term, on the first Thursday of June, as Thursday is traditionally the day of wisdom and teachers.

I still remember when I was a student, my classmate and I helped each other to arrange a flower tray for “Wai Kruu ceremony” (พีธีไหว้ครู) ; the children crawled up to the teachers on their knees, heads down, and presented them with flower tray with candles and incense (พานไหว้ครู).

The Students also recite the wai kru chant (บทไหว้ครู) , which expresses respect for, and gratitude to the teachers, and asks for the teachers’ blessing of their studies.
The flower trays given to the teachers have three specific flowers in them:

National Teacher’s Day
Teacher’s day (วันครู Wan Kruu) is celebrated every year on January 16th in Thailand, it is also a school holiday. It is the day that teachers gather together to remember their first teachers.
LEARNTHAIWITHMOD.COM 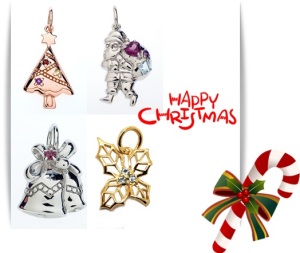 Mr. Thawatchai Arunyik, the Governor of Tourism Authority of Thailand (TAT) said, “The Cartoon Network Amazone waterpark will certainly become a must-visit attraction for tourists visiting Thailand, especially Pattaya. Cartoon Network’s characters are well-known and much-loved around the world, and we appreciate Amazon Falls and Turner International Asia Pacific for bringing the life of Cartoon Network’s heroes to Thailand in this one-of-a-kind attraction.”

Cartoon Network Amazone is Thailand’s first international water theme park, as well as the new home away from home of Cartoon Network’s beloved heroes; such as, the Powerpuff Girls, Ben 10 and Adventure Time. The facility is a licensed agreement between Amazon Falls, the developer of the waterpark, and Turner International Asia Pacific, the owner and operator of the Cartoon Network.

The waterpark has been designed to be a ‘daycation’ destination – an attraction like no other in Thailand or in Asia, a place where music and live entertainment with Cartoon Network characters would equally be as important as the water attractions, according to Mr. Liakat Dhanji, Chairman of Amazon Falls.

The Omniverse Zone boasts some of the fastest water rollercoasters in the world, including a splash landing from a massive 23.4-metre high tower while the Adventure Zone is filled with spins, twists, tunnels and turns. The Cartoonival Zone has more than 150 water features to discover and is where fans can hang out with Ben 10, Chowder, the Powerpuff Girls and all other favourite Cartoon Network friends.

The Riptide Rapids is where guests of all ages can grab an inner tube at any of the landings along the 335-metre long route and ease into the relaxing retreat of this continuous flowing river that winds its way around Cartoon Network Amazone. The Mega Wave Zone is the place to bob up and down on the gentle waves or boogie board on the wavy waters while the Surfarena comes with flowrider instructors to teach new tricks and spins on surfing the waves that roll out at 56 kph.

Cartoon Network Amazone is located in the small seaside town of Bangsaray, about a 20-minute drive from Pattaya City and less than two hours from Bangkok’s Suvarnabhumi Airport. Open daily from      10.00 – 18.00 hrs. 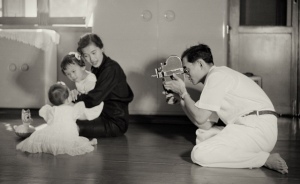 December 5 is an important day in the Thai calendar because this is the day the country celebrates the birthday of King Bhumibol Adulyadej(Rama IX),the monarch of Thailand. It is also regarded as a National Day. On another count, it is proclaimed National Father’s Day

This year Many people will take the following Friday off at work, and the  schools are closed on this day.

Any plan for daddy?

Thailand has three seasons. The best season to visit and probably to have a wedding is from November into February. It’s really beautiful, it doesn’t rain, and it isn’t too hot. There is usually a quite nice breeze at beach locations.

Do you have a diamond ring for your wedding yet? 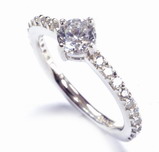 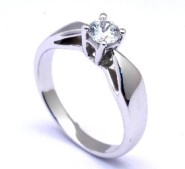 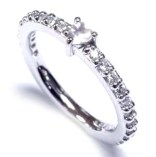 Have a nice weekend !

We will bring the gold & silver jewelry for sale in our special prices.

Welcome to see you in soon !

Phalanx rings, midi rings, mid knuckle rings or mid finger rings,you call them whatever you want.Wearing thin, delicate, strong midi- ring is the world’s newest popular fashion site.The ring metal is 10K yellow gold, decorated with diamonds, semi-precious stones, with the competitive prices for all ages. The idea is that you can wear it on top fingers or with the other rings. You can stack multiples on a  single finger all without feeling heavy handed.

If you are ready experience Loy Krathong the way the locals do, Near our factory has one of the better places that you could celebrate Loy Krathong  at Asiatique The Riverfront. 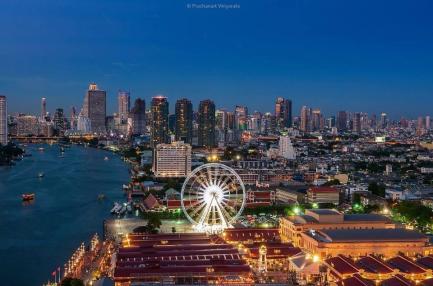 A riverfront night market, which is where you will find the biggest crowds and some impressive shows. Be warned that traffic in the area will be very bad and there will be long queues to take the boat from Sapphan Taksin.

The action kicks off around sunset, and there are plenty of krathongs to buy around the river, you can even watch the traditional banana leaf folding method, or have a go yourself. The large boardwalk area in front of Asiatique will host the main events, including the retelling of the Loy Krathong story via music and dance, a launch site for your krathongs, an illuminated float procession and a firework display. If the crowds here sound too much, there are plenty of other spots along the Chao Phraya river to watch the festivities from.

In November some may wonder what is going on in Thailand when seeing travel magazine ads, posters at your hotel of Thai girls dressing in traditional Thai clothing with a beautiful floating object. That’s a sign indicating that Loy Krathong is on its way. In Thai Loy means to float and Krathong means a circular floating object with decoration of banana leaves, flowers, a candle and incense sticks. All these are related to Loy Krathong, an event which does not occur on the same date every year; instead it counts on the full moon night of the twelfth lunar month. People look forward to going out and launching Krathongs together to predict the romance future by the direction the Krathongs float. However, this season is also good for strengthening relationship in family. 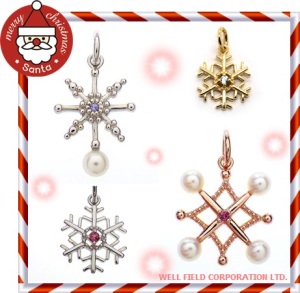 Celebrate the Christmas season in style with our selection of trendy snowflake pendant and many other styles of Christmas jewelry.

Find snowflake pendant Please check it out at http://www.wellfield.th.com